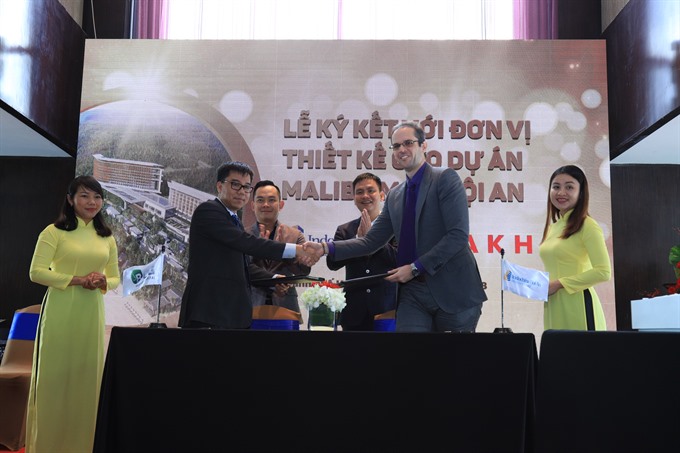 HCM CITY — Indochina Hội An Beach Villas Company Limited, a subsidiary of Bamboo Capital JSC, has signed agreements with local and international companies for designing, building, construction supervision, financing, distribution, and others at its Malibu MGM Hội An condotel and villas in Quảng Nam Province.

Located on Hà My Beach in the so-called "five-star boulevard" along with many other luxury resorts, Malibu MGM Hội An will be managed by MGM Resorts International, an S&P 500 global entertainment company.

The project will cost nearly VNĐ2 trillion (US$85.68 million) and spread over nearly 11ha with 93 villas and 690 condotel units.

Construction is expected to start next month, and the handover is scheduled for 2020.

The project will open for sales in mid-September.

Nguyễn Hồ Nam, chairman of BCG, said the partners are major companies with a good reputation.

After Malibu MGM Hội An, BCG plans a similar project in southern Hội An on an area of 200ha, two one-hectare projects in HCM City’s District 2 and three others ranging from 60 hectares to 200ha in Long An Province. — VNS